‘Write and wrong’: why pencils have erasers on the end 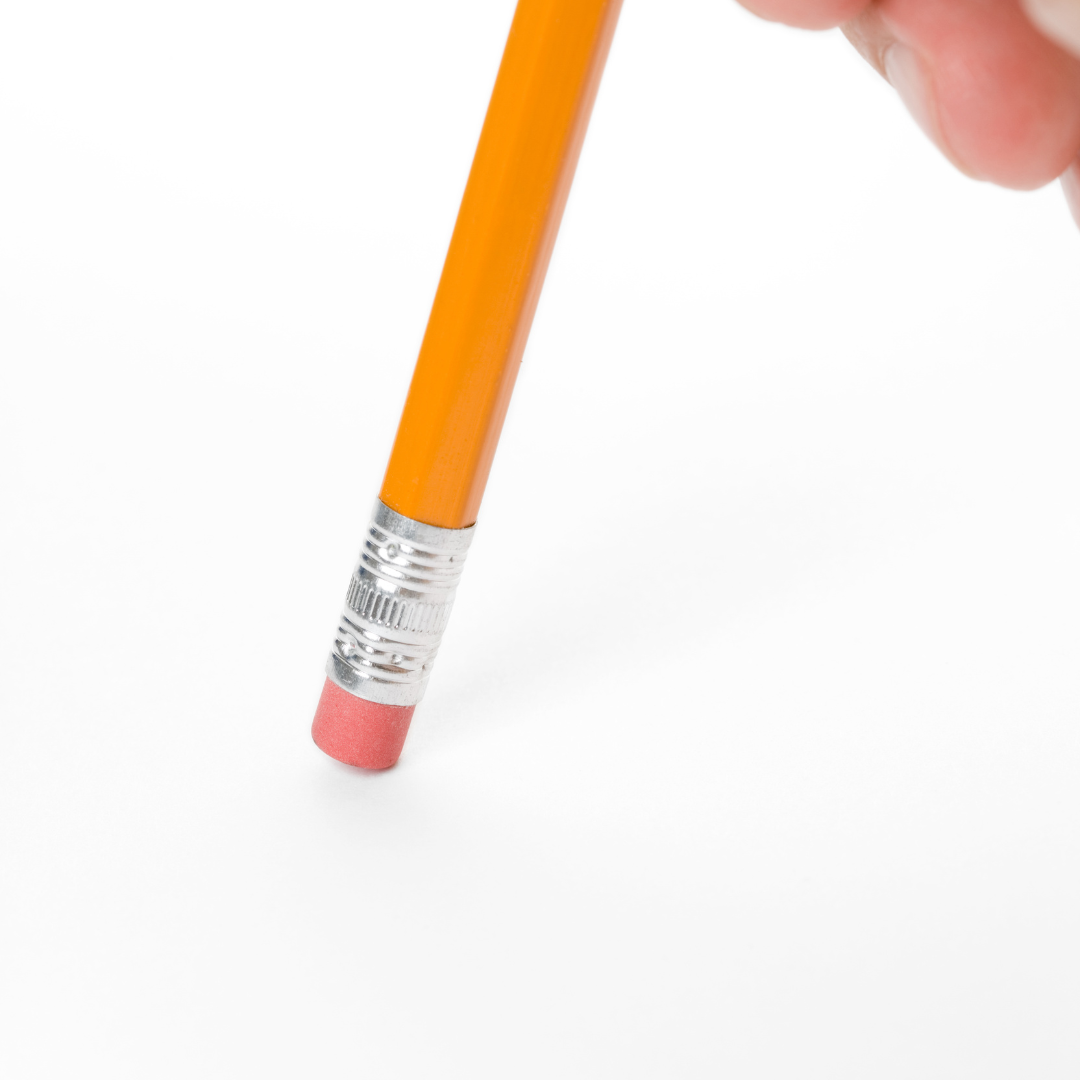 The sharpened point at one end of a pencil and the blunt eraser at the other represent the Yin and Yang of creativity; if you like, the extremes of ‘write and wrong’.

These two very different functions are recognition that during the creative process mistakes will be made. And in life, as in writing, things will go wrong. For just the same reason people get divorced, chain stores have returns policies, and Columbus discovered the West Indies when he was looking for India. (Even to say that Columbus ‘discovered’ the islands is a mistake; the indigenous people had known they were there all along).

But what’s true of failed relationships, too-tight sweaters and 15th-century explorers is true of business too. There will be failures. But far from being negative they should be seen as valuable learning opportunities. Think of the boxer Jack Dempsey’s comment: “A champion is someone who gets up when he can’t.” No-one’s suggesting that anyone in business needs to take a right hook from someone who knows how to deliver one, but there are other reasons why we shouldn’t fear having our backs to the canvas, at least metaphorically. Here are eight of the best:

1. Failure is part of success. Looked at in isolation, something going wrong in business could be seen as a failure. Looked at in context, it’s part of the ‘success’ process. When Edison invented the light bulb he saw 1,000 ‘failed attempts’ as part of success, since they had allowed him to realise his goal. Failure fosters innovation.

2. People have talent. When a big business fails it releases onto the labour market a great many skilled people with bills to pay. Having seen why the big company failed, they can avoid the same mistakes when they find new employment. The ‘failure’ of redundancy could be the best thing that ever happened to them.

3. Potential exists. If you don’t try something outside your personal comfort bubble, you’ll never know what you could have achieved, and you’ll spend your life being an underachiever.

4. It’s a great teacher. Allow yourself to understand that you have greater inner strength than you believe. We all have it, but we don’t all tap into that well of determination because we choose to stay where we’re not challenged. Strangely, when you do tap into that well, you’ll find it’s impossible to drain it dry.

5. You’ll get left behind. Other people will try things and succeed. If you maintain the status quo, your complacency will leave you bobbing uselessly in the wake of progress. How many accountants still use quill pens to record numbers in huge ledgers?

6. You might succeed when you fail. Remember that there are degrees of failure. If a company aims for a turnover of £1m, and makes only £999,000, that might be seen as a failure, but it’s a pretty good result all the same.

7. It makes us human. No-one’s perfect. Creativity, change, and development are all born of human fallibility.

8. ‘Not trying’ is a failure anyway. Who wants to wake up in the morning and know they’re going to be a failure simply because they won’t try something new? Give the idea a go. If it doesn’t work, the positive is that you know it doesn’t, rather than think that maybe it could. Who knows, you may well end up discovering something you weren’t looking for, but is that such a bad thing? It wasn’t for Columbus.

The post ‘Write and wrong’: why pencils have erasers on the end appeared first on ExpenseOnDemand.