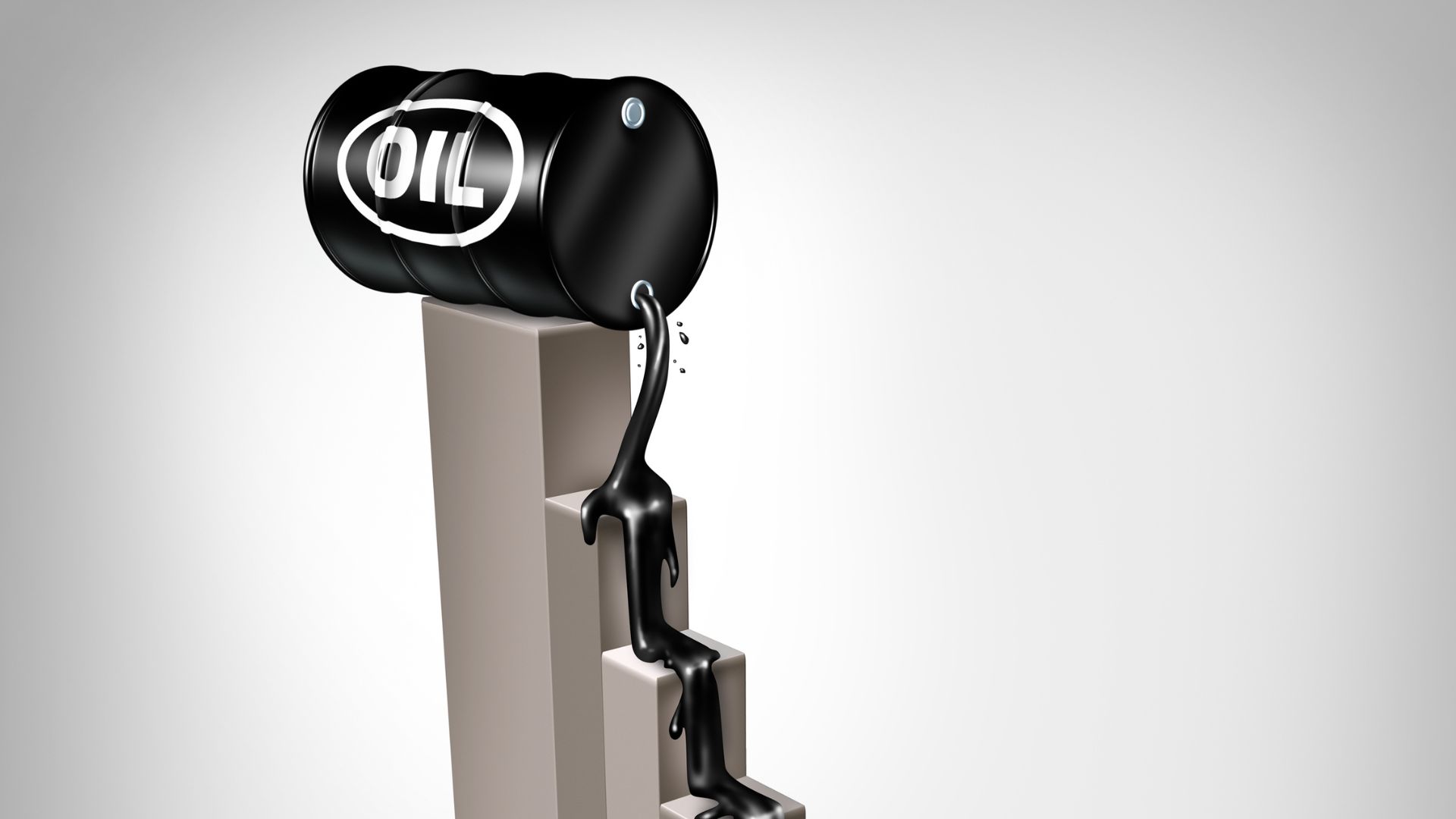 Americans are risk takers.  They then use technology to disrupt markets.  The oil markets have been controlled and dictated, for years, by OPEC (read, Middle Eastern producers, mainly Saudi Arabia).
The Americans changed the game – where one required years and investment of billions to drill an oil field, they changed this to a few weeks and to a few hundreds of thousands dollars.  This is called fracking.

Essentially, fracking is “bombarding” the shale rock with water at high pressure, together with various chemicals and “coaxing” the rock to release the trapped oil and gas.

Fracking has changed the world economic order, and is in the process of also changing the political map.  Shifting power away from OPEC and Russia to the US and other oil importing countries.  Fracking has contributed about 3 million barrels per day to the US production – making it self-sufficient, and soon into a net exporter.  This has had a profound impact on oil importing countries, and also on oil producing countries – and will continue to be felt over the next decade or so.

The debate today is, whether this dip is temporary or will oil price rise soon ?

I don’t believe oil will rise in the foreseeable future above $80 per barrel and that too if and only if a major political upheaval took place in the Arab world – such as, someone blowing up ALL of the Saudi Arabian oil fields !

Here are my 4 reason as to why prices will be low:

The Middle East: The Shia Sunni battle has opened up old animosities.  In one corner, we have – led by Saudi Arabia – the Sunnis.  Pakistan, Qatar, Emirates, Egypt, etc are a part of this.  In the other corner, we have Iran, leading the Shias.  Chunks of Iraq, Syria, Lebanon, etc., are part of this.  The Al Qaida was Sunni, which has now morphed into ISIS (the Islamic State).  The war here and guerilla warfare elsewhere in the world is funded by oil revenues.  The higher the oil prices, the more money available for these nefarious activities or more oil required to fund a certain level of activity.  Putting downward pressure on prices.

Saudi Arabia was the “swing producer” in OPEC.  This time, it has not reduced its production, despite prices halving (its cost of production is about $5 to 7 a barrel).  It has three objectives, one, not to lose market share; two, to kill the fracking industry (cost of production is between $30 and $50 a barrel, but dropping fast due to techniques and technology), and three, to contain Iran’s production, by flooding the market.  As Iranian sanctions are lifted, Iran would want to re-build its economy as soon as possible, and continue funding the Shia Sunni battles.  To do this, it has to sell more oil.  With it cost of production nearly the same as Saudi, it will also compete for market share, thus putting further downward pressure on prices.

Russia: President Putin’s adventures to re-build the glorious old CCCP have come to a naught.  Its expansionist calculations were based on a $140 per barrel, where the cost of production in the Siberian fields is close to $70/80 a barrel.  Hence, the long term deal with China last year at bargain basement prices ($60 a barrel !).  Russia, has now removed the pre-fix “Mother” from Russia, because it is hard pressed to even look after itself, let alone other countries.  Hence, it is also looking at alternate ways of increasing exports.  Indeed, the Russian bear, which one time terrified Europe, with the threat of shutting the gas supply, seems to becoming tame.

China: Growing a breakneck speed, it astonished the world.  The view was that 10/12% GDP growth would continue into foreseeable future.  China’s appetite for commodities was insatiable.  Commodity producers all over the world were making money hand over fist.  Africa was for sale.  Churches in England would find on Monday morning that their lead lined roofs were missing – shipped to China to satiate their appetite !  The flying dragon was brought to land, with growth slowing down to a modest 7%.  This has had profound effect on all commodity prices, including oil.  Economists believe that the double digits days are over, and 7%, a still very tantalising growth rate, when compared to the 2% delivered in the US or Europe, will become the order of the day.

Alternate energy sources: Over the years, the developed world has been pushing ahead with green/alternate energy (windmills, tidal, solar, etc) for powering industry and families.  Additionally, cars and appliances manufacturers are also becoming more energy efficient conscious.  Germany, according to “The Economist”, generates 70% of its energy requirements from non-oil/coal sources – and this is only growing.  In other words, Germany’s reliance on gas/coal or oil is dramatically reducing.  This is becoming common across Europe and the US.  As time goes by, reliance on mined resources will reduce, and greener alternatives will become mainstream.

The four scenarios combined, will see more oil flood the market, thus exerting downwards pressure on prices.  As and when, if in the short-term price tend towards $80, closed fracking fields will be re-opened.

Unfortunately, the oil dividend also has a dangerous flip side, i.e., reducing the demand from oil producing countries and China.  To pump up demand, countries are resorting to printing money (by buying debt in the market), in the hope to kick start demand.  This will see interest rates low, tending to negative.  The world will be an interesting place to watch over the next 2 to 4 years !

The post 4 Reasons why Oil Prices will not go above $80 a barrel appeared first on Expense On Demand.